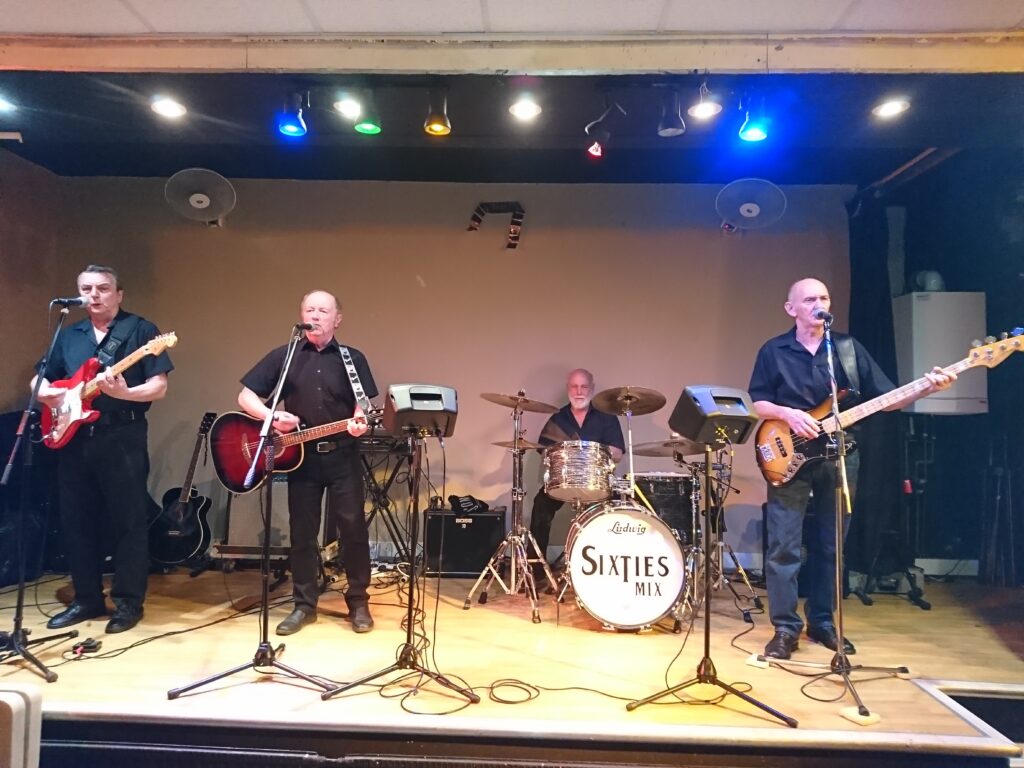 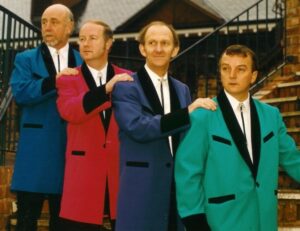 Four gaudy coats from 1995. You needed dark glasses when we were on stage! 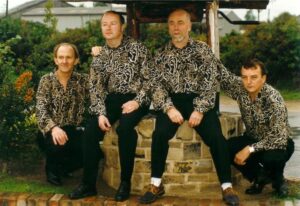 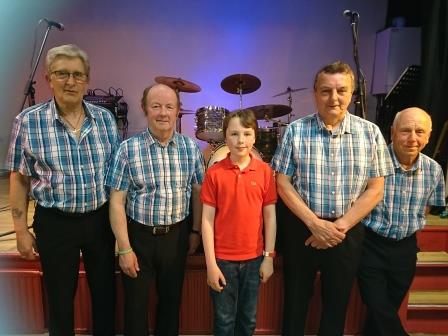 The band pictured here with Harvey, one of the youngest members of the Saturday night Altofts crowd. Harvey is s big fan of The Beatles. 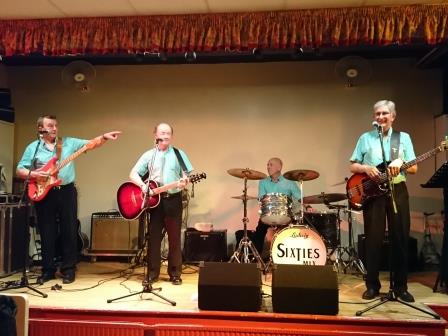 A break between songs and Biff making one of his usual comments. Photo kindly supplied by John and Harvey. 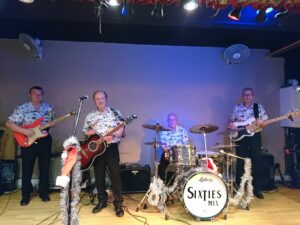 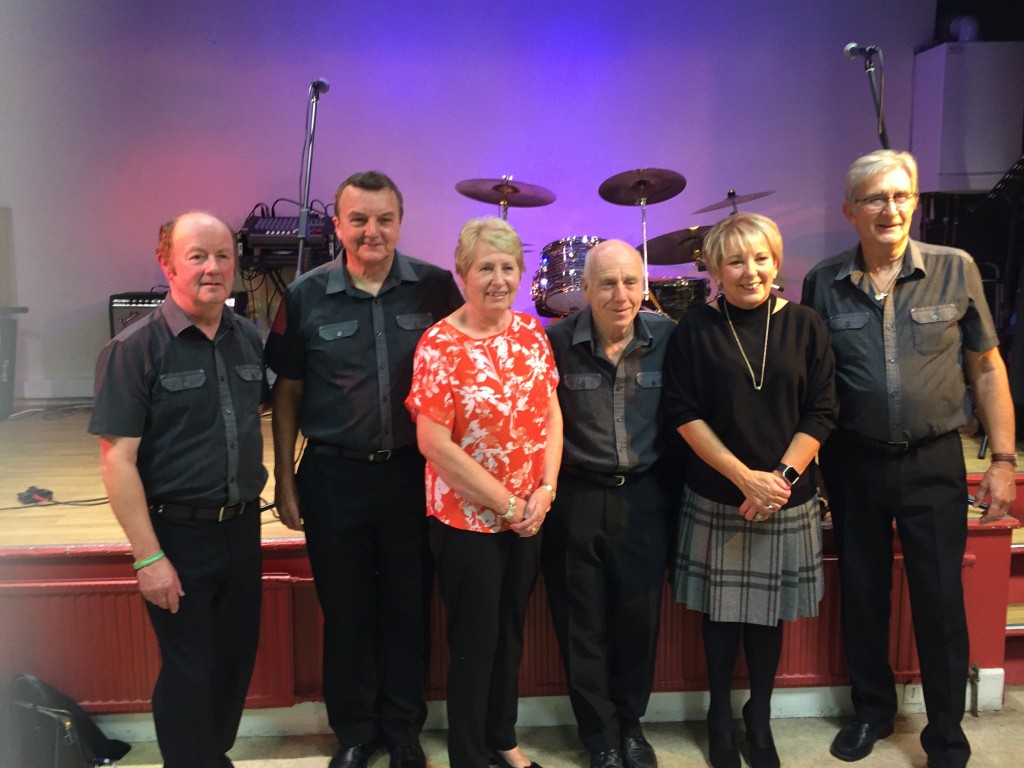 We are pleased and proud to show this photograph. It shows the band with Joan and Sandra. The two ladies organised many concerts and other events. The proceeds went to numerous charities. Over the years it totalled many thousands of pounds. 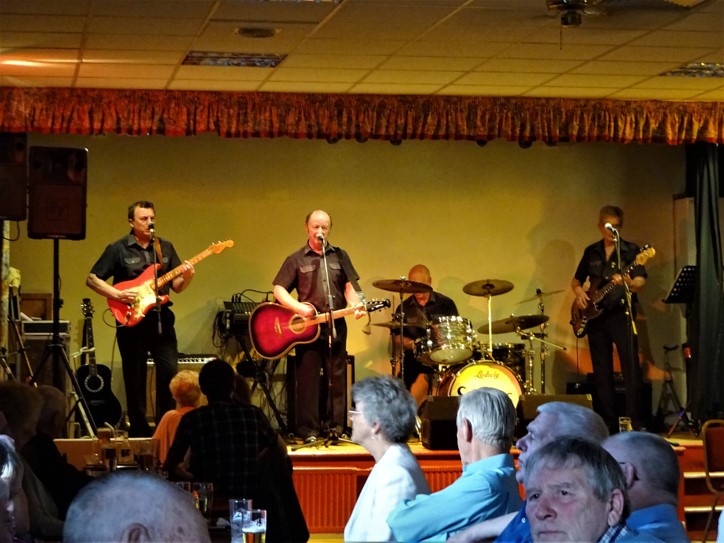 Another Saturday night at Altofts 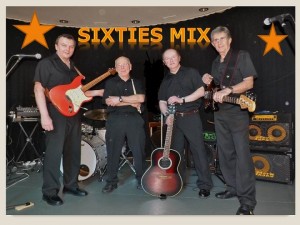 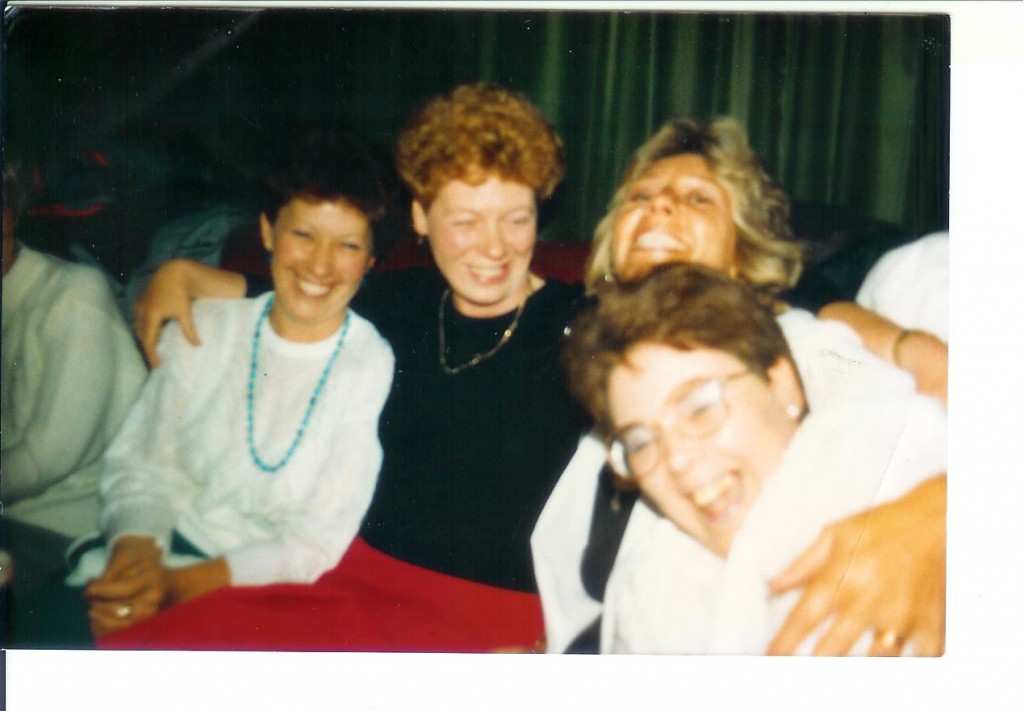 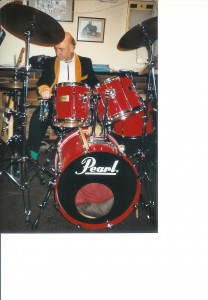 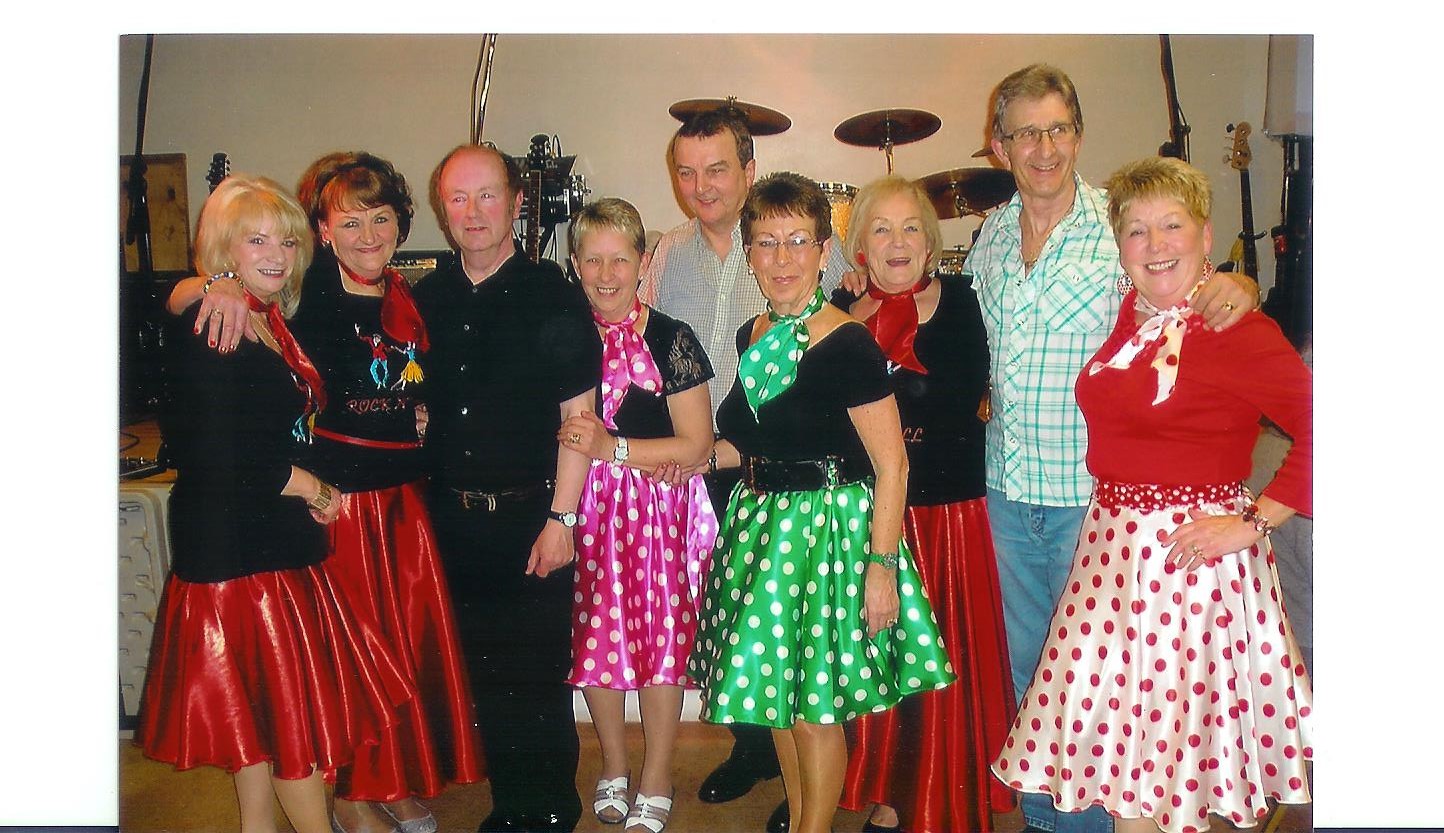 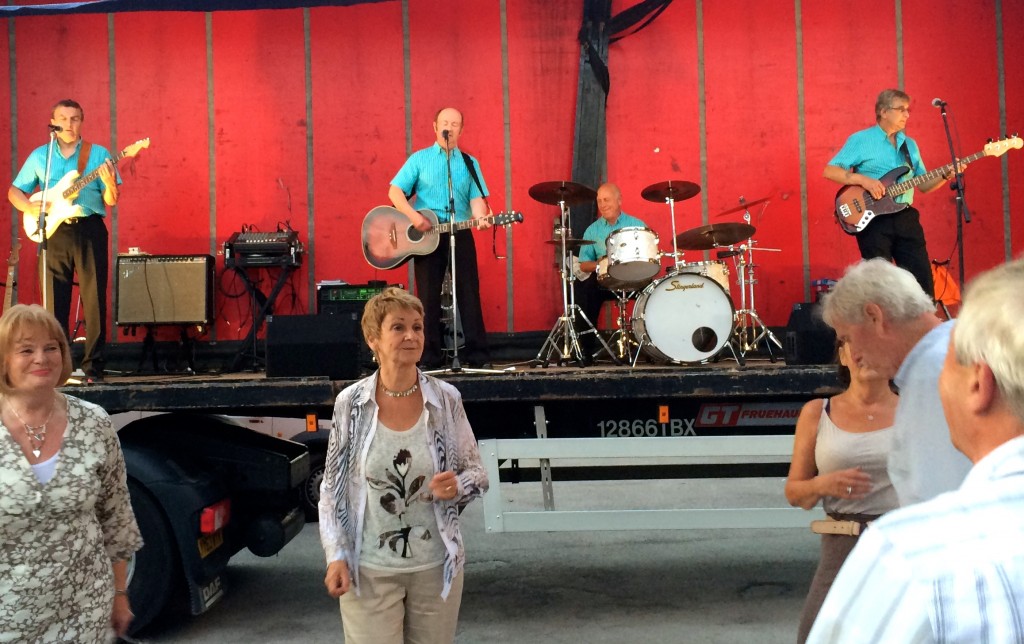 Outdoor concert at Tickhill. The stage was the back of a lorry, The dance floor was the car park. Great night! 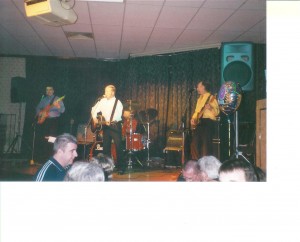 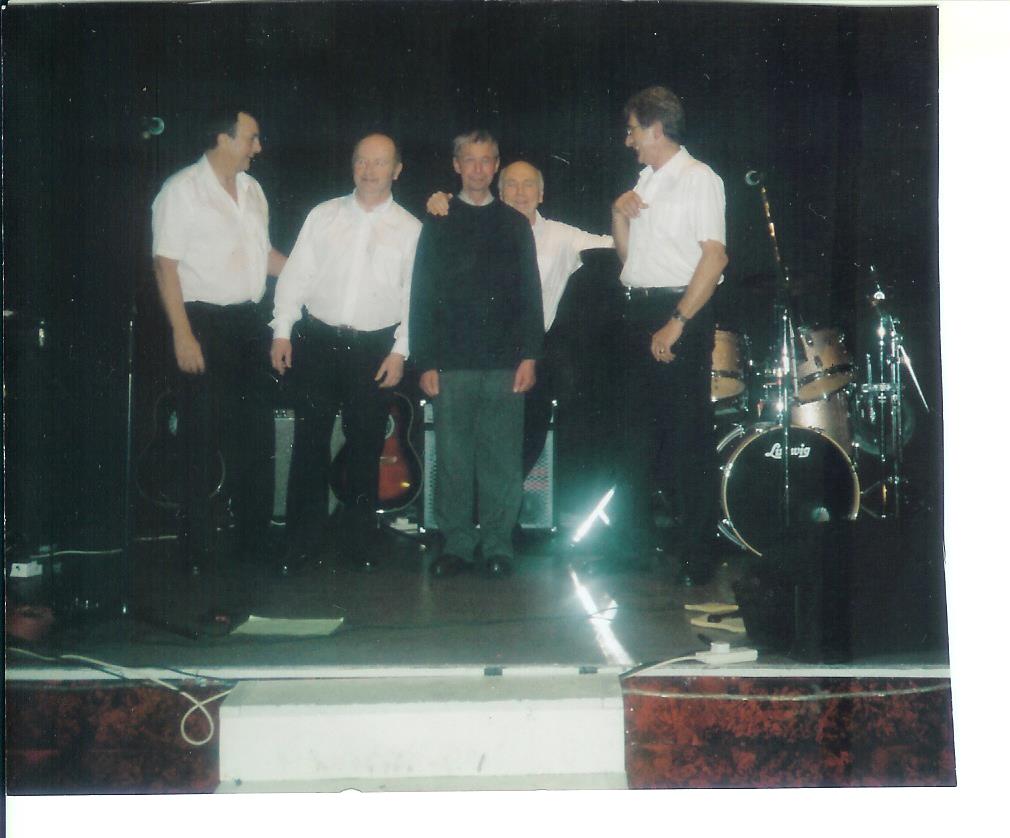 Our mate Douggie with the band. Think this was taken on stage at Wakefield City WMC 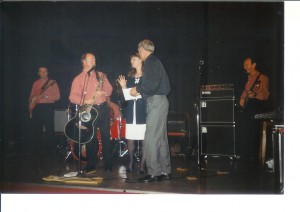 The end of a Charity Concert at Wakefield City WMC 1999 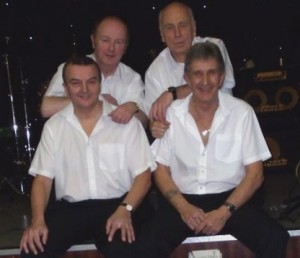 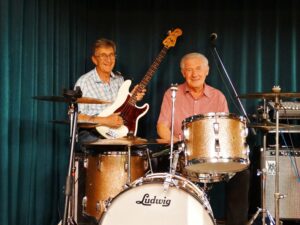